The industrial world is hugely indebted to metal forming and similar processes. In short, their output would be much poorer if not for the structural components produced from shaping metals. We’re talking automotive, aerospace, petrochemical, medical industries, electronics, and all sorts of household and commercial appliances. Metal parts are essential building blocks in products and can be found in various geometrical shapes.

Forming does precisely what the name tells you – it reshapes metal sheets and tubing to create new products using mechanical deformation. It uses a different approach compared to stamping in that it leaves the mass unchanged without adding or removing parts to it. It plays a massive role in modern manufacturing, as the potential for reshaping and repurposing is endless. Visit https://engineeringproductdesign.com/knowledge-base/metal-forming/ to learn more.

Forming in a Nutshell

This process is comprised of many techniques united under the umbrella term metal forming. Essentially, they all reshape metals while in solid-state, instead of molten metal. Transforming solid workpieces might sound impossible to a layperson, but certain metals have enough plasticity to allow such changes.

In fact, the thing that makes the reshaping of solid metals possible is the principle of plastic deformation. Despite the name, it applies to other materials, such as concrete, rocks, foams, and soils. The changes resulting from plastic deformation are permanent, and the process uses fundamental physics: using force greater than the yield strength to reshape the workpiece.

The more stress you apply to the metal, the more significant the change. All metal forming processes are based on this rule, whether they stretch, compress, or bend the raw materials. Once the stress limit is reached, the new product receives a new shape that you cannot alter.

Forming is advantageous as it uses a wide array of metals and alloys, making the technique practical for manufacturers with limited resources. The predominant metals are stainless and galvanized steel, brass, copper, aluminum, and others. Each has different mechanical properties, and experienced fabricators know exactly what to use in a given situation. 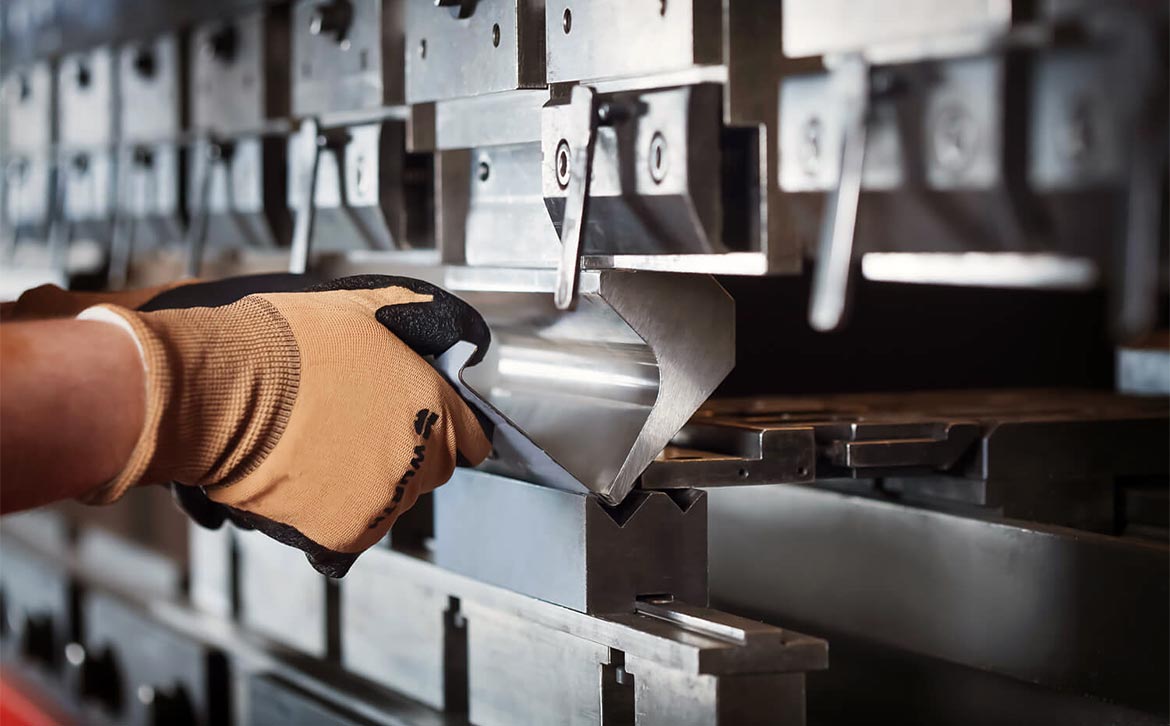 So far, we’ve made it clear that all metal forming processes must apply pressure to the workpiece to change its form. The result is either a separate component or part of a more complex assembly. Now, the people involved in production must balance the formability of the metal and its strength; otherwise, the finished product will have various defects such as creases and splits. After all, this is a scientific field: it takes years of study and experience to learn the properties of each metal and get comfortable with it.

One widely used forming technique is stretching. Actually, it’s more of a combination of stretching and bending: it involves putting the raw metal on a die to get the desired form. Radial strain is the principle that makes stretching possible, resulting in a variety of large, smooth-surfaced objects.

A slightly less conventional approach is roll-forming. The ultimate goal is to produce a cross-section by putting the metal into a machine with successive rollers, conveying the original piece, and reshaping it gradually until completion. Some cross-section profiles, such as closed, round, and C-shaped profiles, are easily produced with roll-forming, whereas the same task could present a real problem with other techniques such as stamping.

Bending is the process of deforming metal by applying force to the workpiece. The object bends at a certain angle with the help of a press brake combined with a punch and die. Again, the plasticity of the metal is what makes reforming possible; materials such as nickel are almost non-malleable, making it impossible for fabricators to bend them to their will.

Application Is No Issue

Like other fabrication processes, metal forming produces objects to be used in a number of industries. This is why manufacturing companies are constantly seeking the best metal component provider: getting high-quality parts for large-scale production is definitely not a joke.

Construction is a field that benefits greatly from metal forming. Engineers need the parts for various purposes, but primarily pipelines. Namely, forming processes that use electric resistance or hydraulics can produce pipes in all shapes and sizes, depending on the contractor’s needs. Air-forming, for instance, is a process that creates seamless pipelines, making it very popular with manufacturers.

Of course, vehicles would get nowhere without the aid of metal components or metal sheets that have been transformed with metal forming. The steel sections built in automobiles can be shaped with such precision only with forming, as they often involve complicated contours that require extreme precision and accuracy.

At the risk of sounding esoteric for a moment, metal parts are not only confined to the Earth: they are widely exploited in the aerospace industry, too. Crucial elements of airplanes, such as engine components or fuselages, generally use composite materials or metal, although the latter is way more robust and resilient when exposed to harsh conditions.

Engineers hold this process in high esteem for many reasons. The main reason? Forming is simple, versatile, and cost-effective. Moreover, you can use all kinds of raw metal: heavy plate, sheet metal, tubing, or something else. The tools are powerful enough to transform anything, provided you make room for a bit of shaping beforehand.

In metal forming processes, the production is faster compared to other methods. You can visit UHI Group’s Website to read more about it. Also, no raw material is wasted, and the finished product has excellent mechanical properties.

Compared to processes such as forming or casting, forming used by companies is simply more efficient. Why? The first two techniques apply all the stress on the surface, making the metal more vulnerable and likely to crack. On the other hand, forming eliminates residual stresses before they come out on the surface, giving it higher potential strength.

Some disadvantages of this process include higher power input (requires extra heating or cooling), high initial cost, upfront tooling, variations in thickness, etc. However, the positives outweigh the negatives by far. Manufacturers have to carefully examine all aspects of metal forming before deciding whether they’re making the right decision.

How Laser Technology is Changing Skincare

Does Google Use PageSpeed Insights?

ABOUT US
Whether you’re looking to form smart investments or in search of trends for opportunities. General Magazine, as an independent magazine website, brings you up so far all news.
Contact us: anysiitfirm(at)gmail.com
FOLLOW US
© 2021 General Magazine
MORE STORIES

How To Find A Surrogate To Meet Your Baby’s Needs