Home Car The Beauty of Cornwall: 5 Amazing Spots to Explore by Car

Due to the climate, England is a rather cold country. It’s foggy, rainy, and so mysterious. However, there are also very opposite places, such as Cornwall. The mild climate, beautiful nature, and the ability to escape from the hustle and bustle of the big city attract tourists to this region.

If you are looking for a place to totally relax, come to Cornwall, and don’t forget to pick up a car hire Newquay Airport. As one of the major cities in the county, Newquay is a great place to start your trip. A hire car will allow you to explore all the local beauty at your own pace. Plus, it’s very cheap to hire a car in Newquay, so you don’t have to worry about your travel budget.

Cornwall offers you an endless ocean, rocks, lakes, castles, ancient ruins, iconic old villages, and mystical legends. Here are some of the best places to visit and see during your trip. 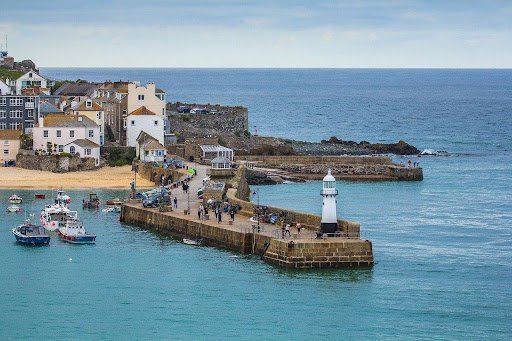 St Ives is a coastal town and formerly a fishing village in Cornwall. It’s gradually turning into one of the most aesthetic resorts in the country. St Ives is especially popular among surfers who are ready to ride the local waves almost all year round.

During the summer months, it’s a favorite family seaside resort as well. By the way, in this century St Ives was twice recognized as the best beach resort in the United Kingdom. 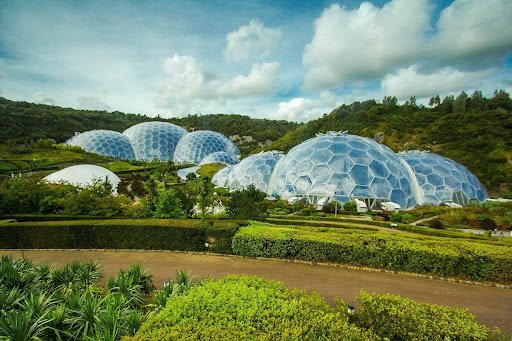 Those who want to admire the unique achievements of technological progress should visit Eden Project in Cornwall. The original idea was to create a blooming garden in one single place, which became uninhabitable due to destructive human activities. Then, Project Eden became one of the most ambitious greenhouses in the world.

Each greenhouse is a huge biome with its own unique climatic characteristics. For example, a humid subtropical garden broke all records in terms of its size – its length is 240 meters, width is 110 meters, and height is 55 meters. Each biome has four domes supported by graceful steel arches.

St. Michael Mount in the village of Marazion is a small alluvial island with a majestic castle at the very top. You can get there on foot during low tide, which lasts only a few hours a day.

At high tide, the Atlantic waters cover the granite trail but don’t worry. You won’t have to stay in the haunted castle all night long, as motorboats run between the island and the coast.

Located on the western side of the Lizard Peninsula, Kynance Cove is considered to be one of Cornwall’s most photographed and romantic destinations. The contrast of white sand, rocks with bright green caps and clear azure water attracts artists and photographers from all over the world.

The cove became popular during the Victorian era when representatives of the creative intelligentsia began to come there for inspiration and a portion of the fresh sea air. Prince Albert himself came there with his sons.

Boscastle is a picturesque place located on the banks of the harbor in a narrow gorge. There is a unique Museum of Witchcraft with amazing exhibits. There’s also a Museum of Ceramics, several souvenir shops, and a Riverside restaurant.

The Bottreaux Castle and the St Materiana’s Church are worth your attention too. One more thing Boscastle strikes with is the stunning landscape.

How to Make Your Van Feel Like Home on The Road

How Much Weight Can a Wheel Hold?

After a Car Accident: 7 Things to Do for Your Safety

ABOUT US
Whether you’re looking to form smart investments or in search of trends for opportunities. General Magazine, as an independent magazine website, brings you up so far all news.
Contact us: anysiitfirm(at)gmail.com
FOLLOW US
© 2021 General Magazine
MORE STORIES

Why Savile Row Suits Are Some of the Most Elegant Options...